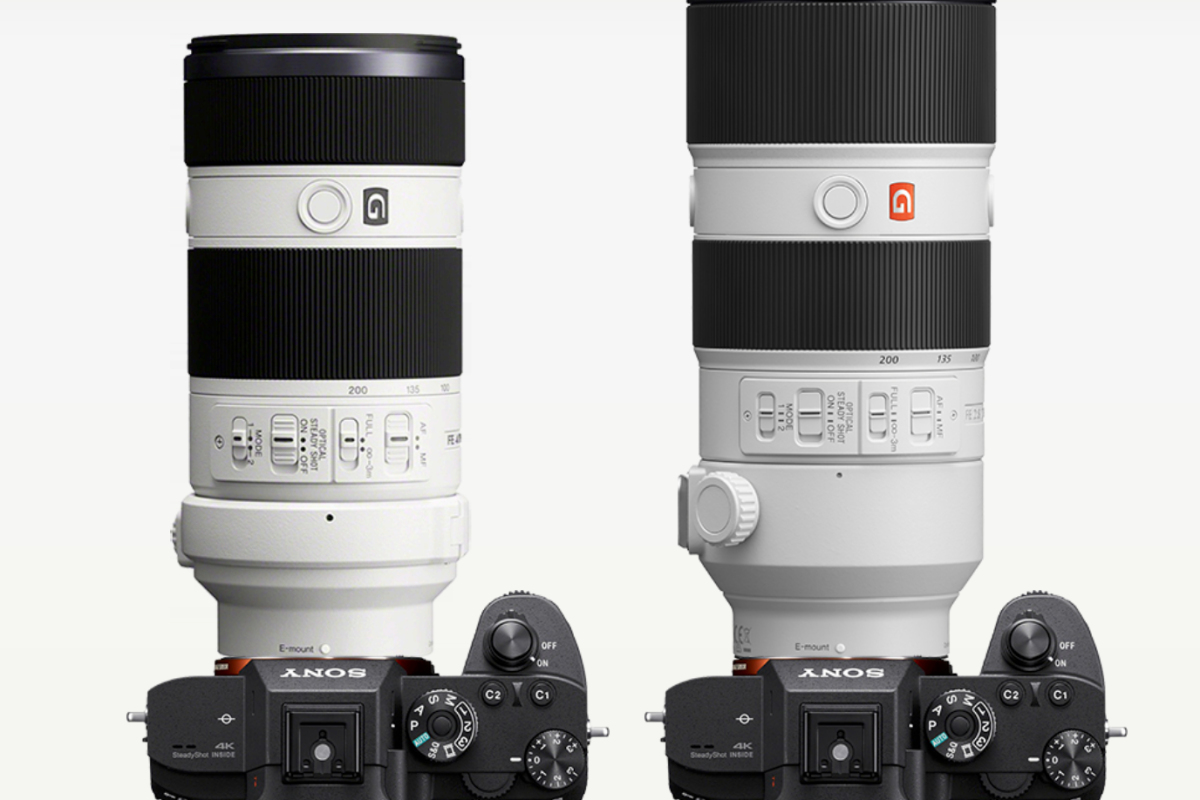 Having just got back into sonyland with the a7r3, I’ve been looking at the standard telephoto zoom offerings namely the 70-200 f/4 G lens  released in 2013 and the 70-200 f/2.8 GM lens released in 2016. The choice between the two is not that obvious and here are a few of my thoughts.

The f2,8 GM lens is touted as the ultimate professional lens and it does have some clear advantages in the specs. The close focusing distance is smaller giving a maximum reproduction ratio of 0.25x whereas the f4 G lens is given at 0.13x. This is quite a difference already. With the sony a9, the professional lens in compatible with the 20 frames per second mode, the consumer lens reputedly gives between 10 and 15 fps. This means that the autofocus/tracking should be better in the pro lens. The f2.8 lens has an rounded aperture with 11 blades versus 9 for the f4 lens, giving a better bokeh on paper.

I had a chance to try out both lenses one after the other recently and honestly I found the difference minimal. Both lenses are very sharp on a 42 Mpx camera. I have some 100% crops to compare if you are interested. I felt no difference in autofocus speed, but I wasn’t photographing a wild boar running at me. I feel the pro lens has more contrast and a slightly colder color temperature.

Here is a 100% crop of a full-face portrait both lenses wide open at 200mm. This not being a scientific test, both photos were taken hand held and I and the subject moved a bit between the shots. I haven’t shown the entire pictures for privacy reasons. If anything, I find the pro lens a bit soft at this distance. I wonder if it is a characteristic of the lens or if it is a poor copy. 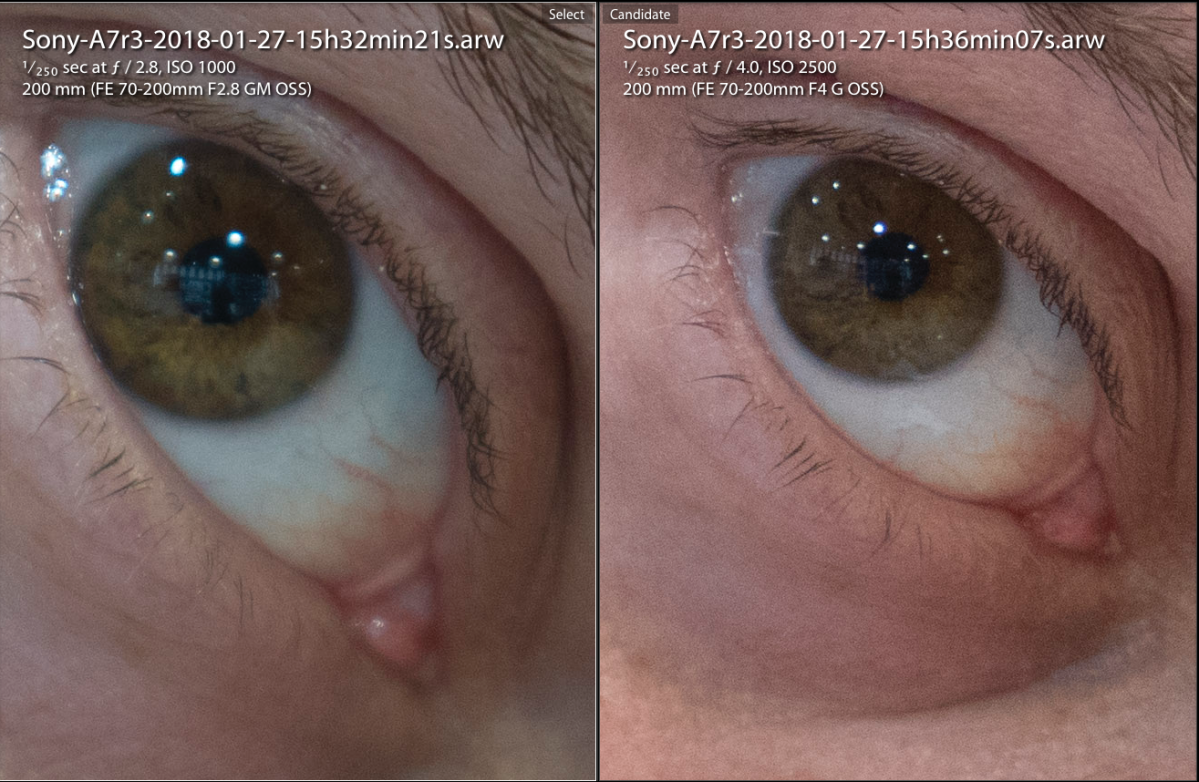 100% crop at 70mm. This time the f2.8 lens looks a bit sharper. Notice though that the iso settings are higher on the f4 lens as in the previous photos.

100% crop in center of frame. Both lenses at f/4. Shooting distance of around 2 meters. The textile gives a good idea of the contrast and details.

100% of a wall that is about 50 meters away. Focus is at infinity. I can’t see much difference. As I intend to take my lens everywhere for street, travel and landscapes, portraits, whatever, I imagine the pro lens would be a burden more than a bonus. I think I’ll go with the f4 lens. All I need to do is find a second-hand pristine copy. There must be some about.