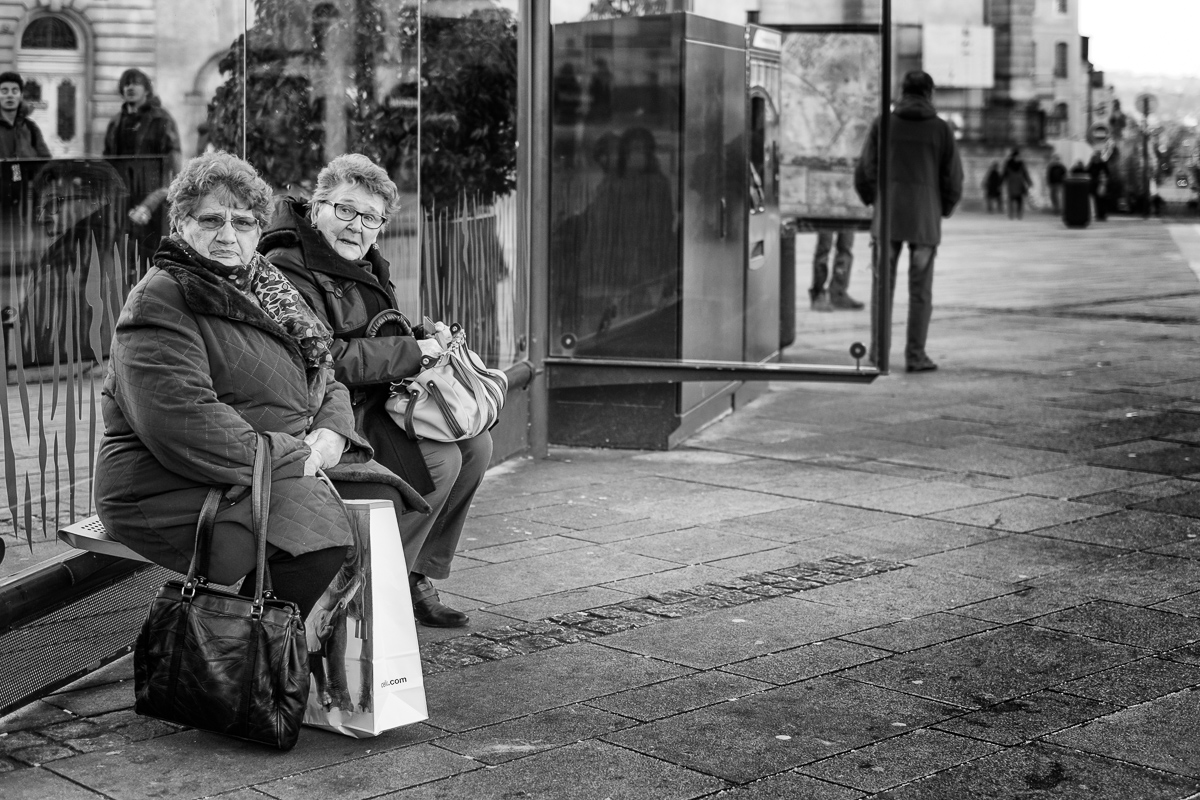 I’d like to show you a few picture made with the 50mm focal length. Part 1 of this article can be found here.

With a 50mm lens, you can capture people in their everyday life and capture some context too. If you are close enough, you will get noticed and this makes for some nice interaction with the viewer.

This man noticed was looking through the books. As I framed, he looked up and I took the shot.

Sometimes you can get quite close and go unnnoticed. I remember framing the shot and then waiting for someone to appear in the reflection of the door. I took about a dozen shots and chose this one because I find that my eyes move from one person to the other. Groups of three have a tendancy to work well in a photo. 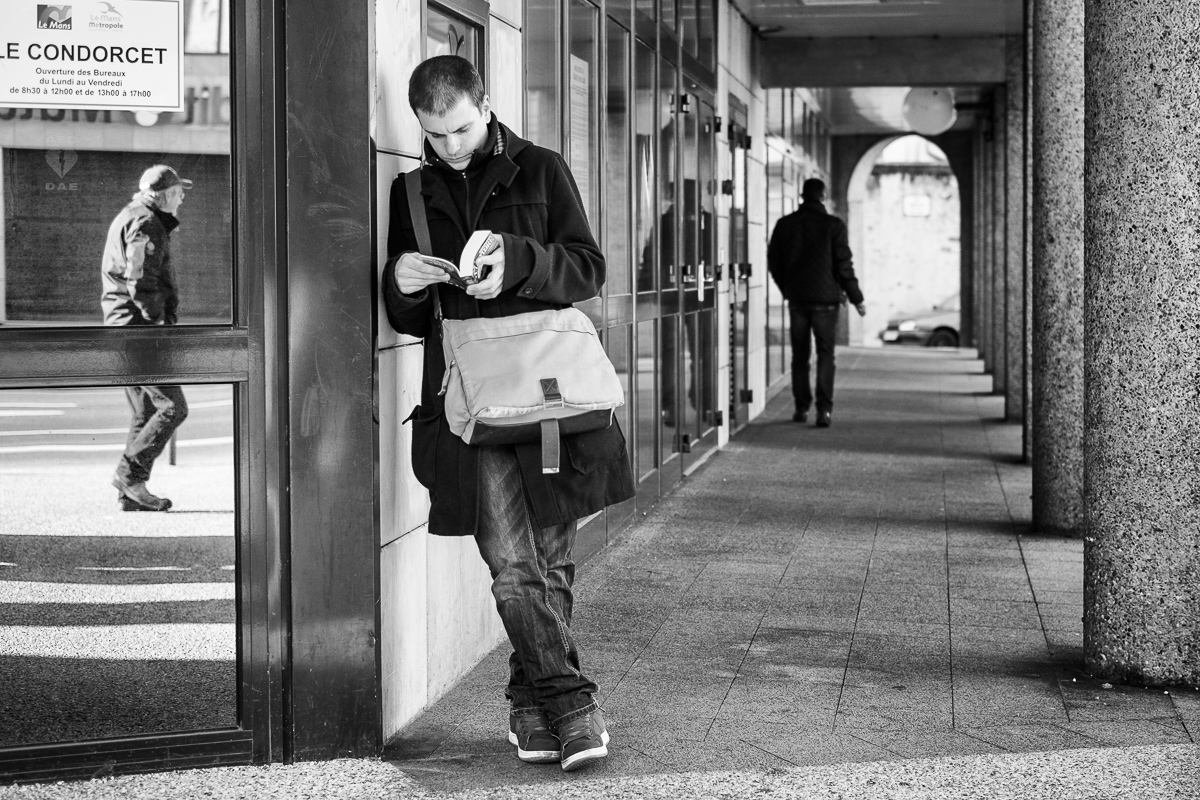 This is a photo I took sponaneously in Paris. You’d think I would have had time to think about the composition. I thought I did too! However after this initial shot, the weary traveller woke up, saw me and started waving his arms around. I think he’d had a bit to drink, I don’t really know and I didn’t hang around. I don’t mind showing this photo as I think he is pretty unrecognisable. I try to be careful and always erase photos if people don’t look too pleased about having their photo taken.

This man was looking at me all the time I approched the café where he was sitting. I framed and took the shot using the rear screen as I am still intimidated by lifting the camera to my eye sometimes in front of a stranger. I’m doing nothing wrong as I keep telling myself…

This picture was taken in Paris in the Jardin du Luxembourg, one of my favourite places in Paris. I got very close and the players took no notice of what I was doing.

This photo shows the limits of the 50mm focal length. I am too close to the subject and there is no way to move back as the man is ambling forwards. His hat is cut off and it is a pity. I still like the photo because I like his attitude but ideally a 35mm focal length would have been better here. 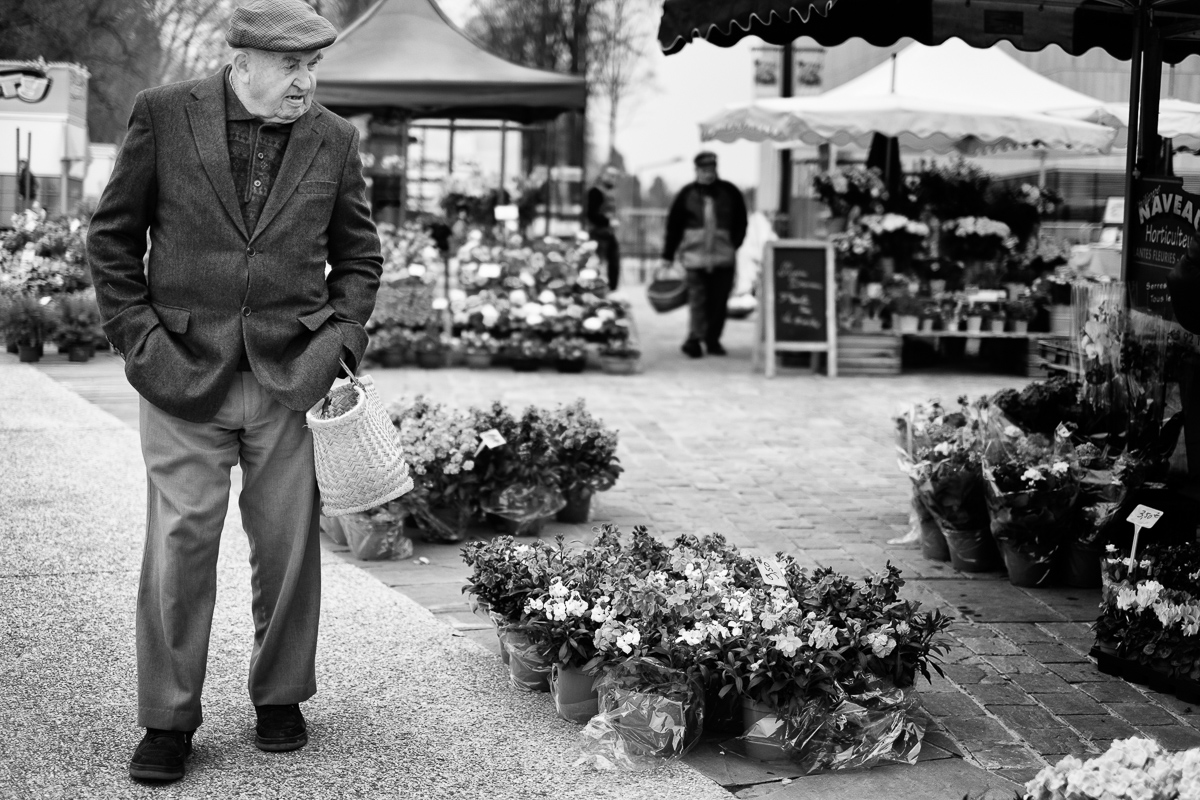 One thought on “The 50mm in street photography Part 2”